At the end of 2012, T-Mobile found itself in a troubling situation.  A planned merger with AT&T had just fallen through, leaving it the smallest of the four national providers (Verizon, AT&T, Sprint, and T-Mobile). Compared with the top two brands, T-Mobile only had about 30% of the subscribers, weaker national coverage, and a consumer reputation for dropped calls and poor call quality.  Worse, they didn’t have the iPhone, and there was no other phone/smartphone differentiation.  They were already the low cost-provider and had a flat subscriber count.

T-Mobile knew they could not continue to operate the same way. The fixes for the coverage and connectivity problems were understood, but it would take money and years.  T-Mobile put a plan in place, but even when completed, it would only be a catch-up move if their subscriber base continued to be far behind the others.  And they were already the low cost-provider.

T-Mobile devised a strategy to add new subscribers now, despite the current coverage and call quality issues. The “Un-carrier.”  If they couldn’t change the product, they would disrupt the market with a series of pivots. 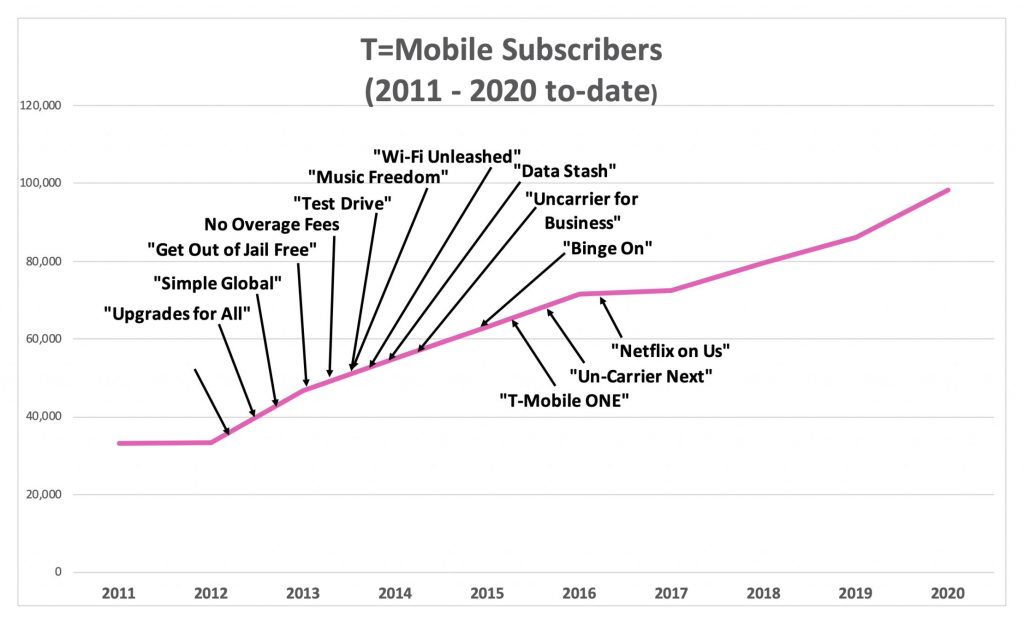 Note the impact on subscriptions is virtually immediate. After four flat years, T-Mobile increased its subscribers by 28% in one year.

T-Mobile didn’t stop there.  The other pivots came regularly and continued to focus on what customers will buy now.  The “Un-carrier” strategy was supplemented by network and bandwidth improvements beginning in 2015. By the end of 2016, T-Mobile had moved into third place of national providers, more than doubling their 2012 subscriber count.

Late in 2019, T-Mobile took advantage of their momentum to merge with Sprint (now the fourth-place brand). 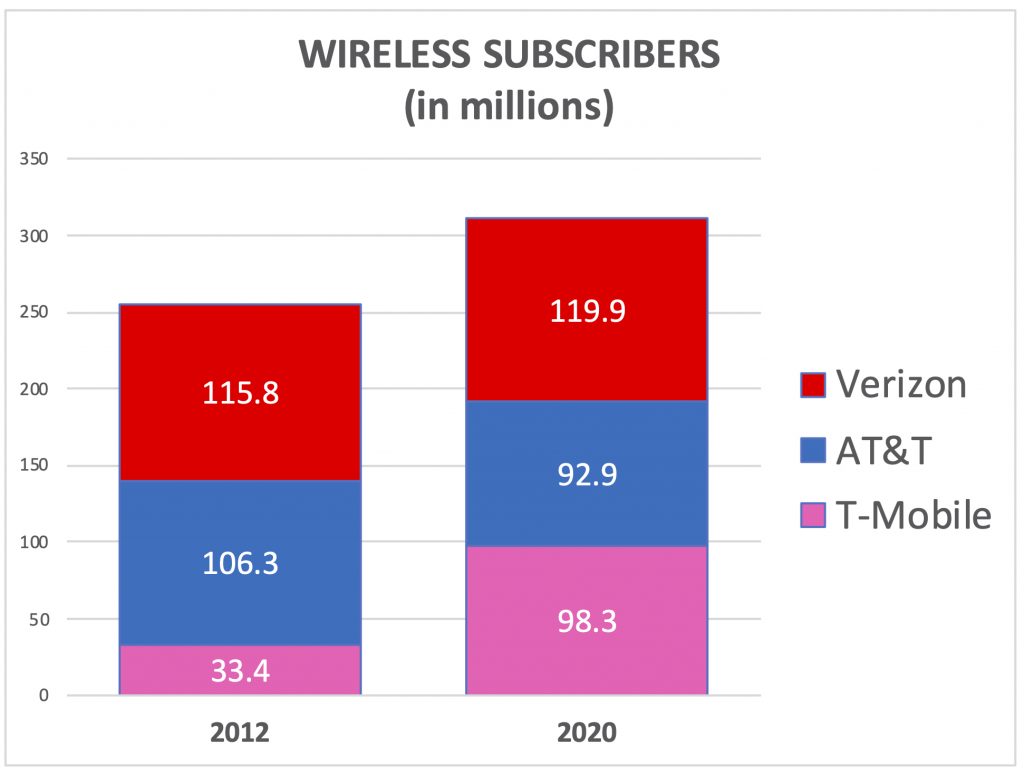 Many things powered T-Mobile to where they are today. Strong leadership. Focused execution. Shared and aligned values.

But it all started with a pivot. And another. Then another. That’s how David became Goliath.

If you’d like to speak more about how pivoting might work for your business, schedule a day, and time here.

“If you’ve got an idea, start today. There’s no better time than now to get going. That doesn’t mean quit your job and jump into your idea 100 percent from day one, but there’s always small progress that can be made to start the movement.”